No Pressure: Close More Sales By Softly Taking Down The Barrier - Contractor Momentum
0 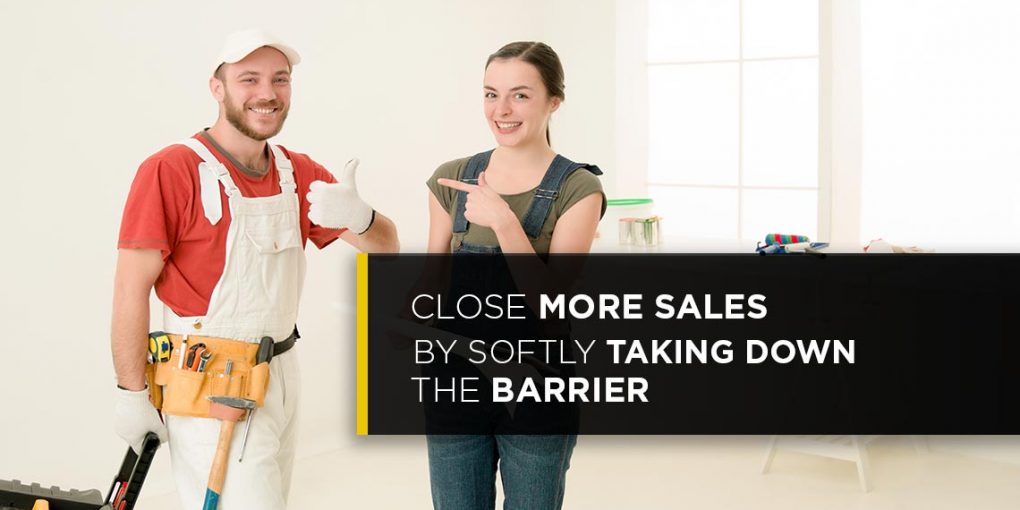 No Pressure: Close More Sales By Softly Taking Down The Barrier

Sales can be awkward.  It can also be intimidating for many customers.

Whether you’re a builder, remodeler, landscaper, or any other profession in the home service industry, your background likely isn’t in sales. However, it can be one of the most important skills that you need once you become an entrepreneur.  After all, you MUST be your company’s best salesman.

That’s why it’s so important that you perfect one of the most critical moments in the sales process: the price exchange.

I’ve seen it hundreds of times.

The customer comes to you, they’re excited about the project, they’re interested in what you’re saying, and the meeting is going well.  After discussing the scope of work, you say “Mr. / Ms. Jones for everything we’ve discussed here…. (over the scope of work), your project would cost $15,920.   Their excitement quickly shuts down as they are face with the realistic price.  In my early days of sales, their would often be an awkward moment of silence until one of us spoke first.

Earlier in my career, I tried waiting for the customer to talk after handing them my price. In my mind, I thought that allowing my potential customer to take control of the conversation after seeing the price would make them more comfortable with what they were seeing.

Unfortunately, this often led to awkward silences while they were processing the numbers. Many people want to discuss the number with the person in the meeting with them, but they don’t feel comfortable having that conversation in the moment.  Ultimately the most common words I got were “thank you, we’re going to think about it” or “I need to talk it over with my husband/wife”.

Early Tactic #2: Going For The Close

My words of choice were intended to lead to a closing, or negotiation, such as letting them know we could a discount if they were ready to move forward right now or asking them “how they felt” about the price.  Unfortunately, most people see this tactic as an uncomfortable hard sell technique and immediately put up a barrier that they don’t want to let you through.

Although I had several clients sign with me in the moment while I was talking to them, too often it led to them calling me back a day or two later and wanting to cancel the contract that they had signed.

While i always gave their money back to them, I realized that this technique wasn’t creating trust between myself and the client.

Taking Down the Barrier

Both of those scenarios from my earlier days had one thing in common, the client was immediately putting up a barrier between us.  It’s a natural reaction. It doesn’t matter  what the reason they told you was, in reality, what they said was “holyshit that’s a lot of money and I have to just say no”.  We’ve all been condition to put up barriers and say ‘no’ to avoid a poor decision.  Even if the customer really wants our service / product, when presented with the final price their instinctive reaction is to put a barrier and not make choice right then.

My strategy now has been to help take down that barrier.

I’ve found that what works best is to empathize with the client by telling they that you understand that it’s a difficult decision to make, and that it is certainly a lot of money. That’s why I always encourage them to take time if they need it and to explore as many other companies as they would like.

This starts to create an environment in which the client can trust me.

While having this conversation, I also take a couple of things out to show to them.

First, I have my tablet on hand to flip through a few pictures of our work, and talk about the projects they are seeing. This gives them an idea of what kind of service I provide and what their project will eventually look like. It also gives them a chance to ask any other questions that they might have about their own project.

Second, I show them our licenses and certifications that show that we are a legitimate company. A lot of companies out there don’t show these in their meetings, so it’s important to show the client that my company has nothing to hide.

This process takes the focus off the price, reminds the customer of why they called us for an estimate, and as such takes that initial defense barrier down.

Eventually, I’ll circle back around to the project and price to allow them one more chance to make a decision in the meeting if they want to. I’ll mention the timeline of their project and when we can get started.

If they want to make a decision at that time, great. If they want more time, I allow them as much time as they need to make their choice.  I’ve found this strategy has led to a closing rate over 40% higher.

What it all comes down to is that the most important thing that you can do in your meeting is to help your potential client feel comfortable.

If you make them feel that they’re being pressured into a purchase or that all you care about is the sale, that barrier is going to go up instantly and will probably never come down.

Once people trust you, see that you have their best interest at heart, and are a normal person, they’re much more likely to want to work with you or recommend your service to someone that they know.

After you’ve put in a few years of working these meetings, you’ll start to see what buttons you can push and when you should back off a little bit.

The feedback on this post has been great.  Its one of the most read pages on the page, and it gets a lot of readers outside of the home services spaces.  I’m glad so many are finding it valuable.  One of things that seems to be of interest is leads among home service business owners and contractors is… ‘generating leads’.  How to get more leads?  What advertising methods work best for qualified leads? How much should leads cost?

No secret, and obvious to anyone who reads this blog, I’m a big fan of online marketing.  Particularly Facebook ads.  While there are many online and offline mediums for advertisement that can be effective, many are cluttered with ads for everything from leaky drains to kitchen remodels and everything in between.

For the last year Facebook marketing has brought in a large chunk of our leads at a low cost.  And they sell like butter.  I’m currently working on an in depth, 6 week online course, teaching the exact campaigns I run to generate leads at $10-15 a pop for services that average beyond $3000.  You can get more information and sign up for launch updates here.  I’m working to have the course done in early 2018.

Founder & investor in home service companies. Aside from running these businesses, I love trail running and mountain running. 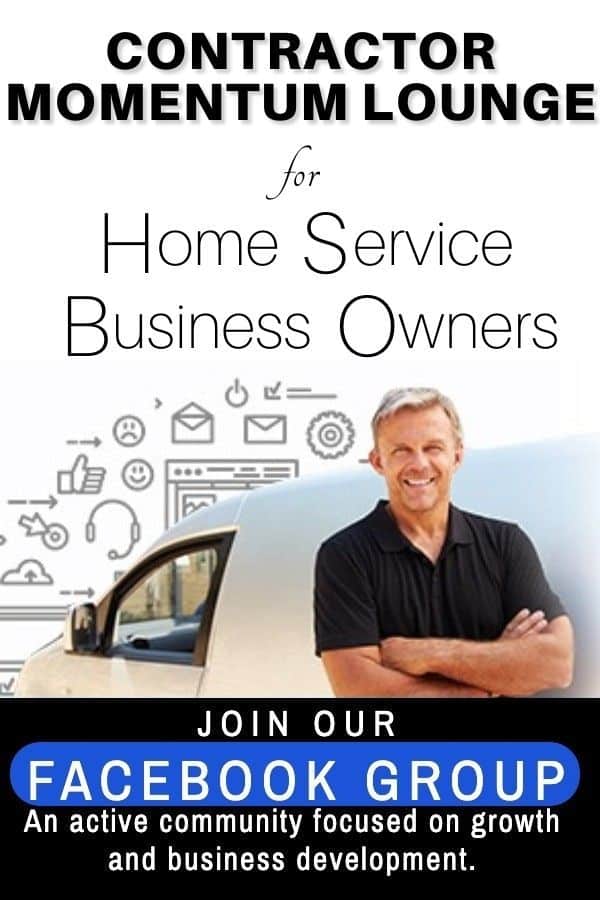